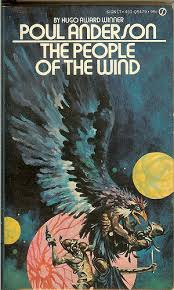 I suggested that two historical processes are complete by the end of Poul Anderson's The Technic Civilization Saga, Volume III, Rise Of The Terran Empire, and I still think that this is correct although, of course, a "Rise" might be regarded either as a process that is complete when the highest point is reached or, alternatively, as the first part of a process that also includes a "Fall"!

In any case, for the purpose of considering this volume in relation to the other six volumes of the Saga, it makes sense to divide up the "processes" as follows:

the rise, decline and dissolution of the Polesotechnic League;
the rise of the Terran Empire and its growth to its maximum diameter of 400 light-years;
the Decline and Fall of the Empire;
the gradual restoration of interstellar civilization first by the Allied Planets, then across several spiral arms, including the one served by the Commonalty.

These are the main four (or three!) processes covered by the History. The account is complete if we add that the rise of the League is preceded by a brief period of interplanetary exploration, Grand Survey and Breakup and that there are two interregnums, the Troubles and the Long Night. And we must not forget Chunderban Desai's analysis of the entire History considered as a single process, which could have provided a narrative framework similar to but vaster than Hloch's in The Earth Book Of Stormgate.
Posted by Paul Shackley at 01:19