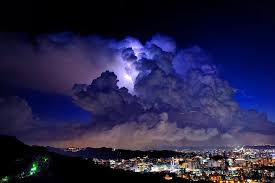 "...though fresh thunderheads were piling up in the north, blue-black masses where lightning winked." (ibid.)

A military lesson is common to this novel and to Anderson's "The Sorrow of Odin the Goth": if the enemy has just gained an advantage and has relaxed and if it is possible to gather enough forces to mount a sudden and unexpected counterattack, then it might be possible to turn the tide of battle.

That has happened in real history, a seemingly beaten army snatching victory from the jaws of defeat when their opponents became prematurely careless.

And that reminded me of how a frustrated President Lincoln, during the US Civil War, commented of one of his blundering generals that he had "snatched defeat from the jaws of victory"!