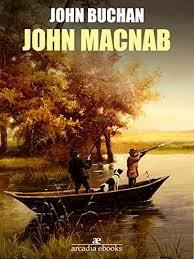 Sheila, returning from a visit to her family in Northern Ireland, brought me a copy of John Macnab by John Buchan. Buchan and Poul Anderson have in common:

For a comparison of Buchan with two other thriller writers, see here.

Some of Poul Anderson's characters would have fitted well into the hunting, shooting and fishing lifestyle of the Scottish Highlands as described in John Macnab.
Posted by paulshackley2017@gmail.com at 20:56

Alas, I don't think I've ever read any of John Buchan's books. His works does seem interesting even if his stories has too many implausibilities to be convincing.